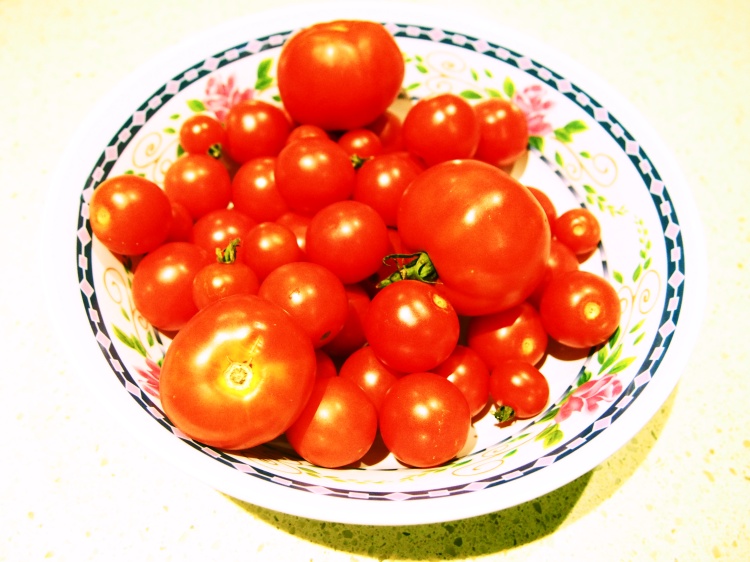 There can’t be too many of us who haven’t ever subjected our bodies to some kind of ‘diet’ at some point in our lives. And for what ever reason it may have been for, undoubtedly would have been to lose weight. I’ve tried a few in my time – Weight Watchers, Jenny Craig, The Liver Cleansing Diet, The Scarsdale Diet plus others. Out of these I think the Jenny Craig version was the most successful and easiest, only having to pull out little boxes of pre-prepared meals from the fridge and not really having to think much about it except for payment time as was quite a costly exercise and to be honest, quite bland food – not much love there. However, the goal of losing kilos gained during pregnancy was achieved at the time. But, I never really knew what I was consuming or how it had been prepared, something I am far more interested in now, almost a decade later as a result of the ‘dining boom’.

More recently I have become an advocate of good food consumption and it’s direct impact on health and well-being. This is an ideal of which there is no shortage of information available to us now on the internet or via nutritionists and dietitians. These are the principles that many of us follow everyday in our meal choices today, but sometimes the information given to us can be overwhelming and it may be challenging or sometimes difficult to adopt good eating practices. Especially when you start googling everything in relation to diet and just what we should be putting in our bodies, you’ll find relevant and helpful information yes, but also contradictions within the mountain of information available at our fingertips.. 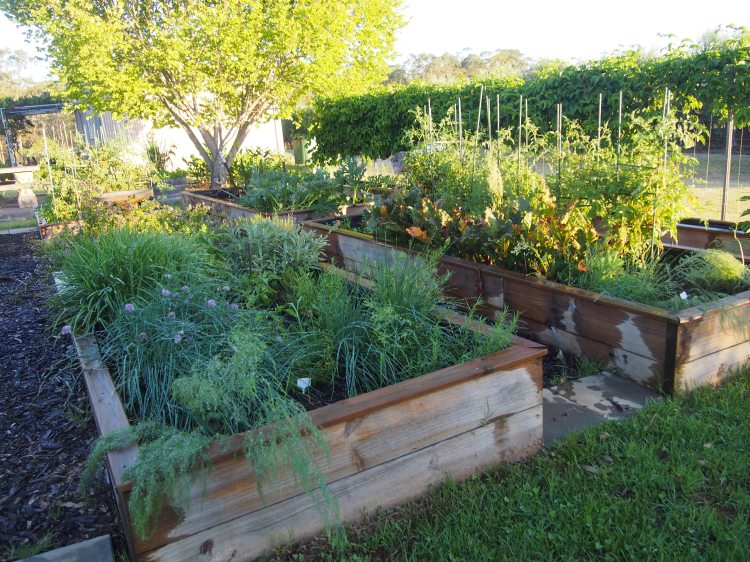 It all began when my daughter became very ill, culminating into her not being able to move at all eventually (we had to carry her up and down stairs and lift her in and out of baths/cars etc) over a period of months and was eventually diagnosed with an auto-immune disease labelled dermatomyositis some years ago. As we were told by doctors at the time that this was an extremely rare disorder and they knew not of the cause but only how to treat the symptoms, it was up to us to do our own research to find out any information we could. An often unrewarded path being a rare condition and very little information existed anywhere except drug information in relation to treating the disorder. The drugs did indeed help the symptoms but had very nasty side-effects, one of which was immune suppressing – the very essence of what needed to be healed the most. So, it was not making much sense and did not seem like a sensible long-term option as they were really just masking her symptoms, not curing her.

The ordeal lasted almost three years, of which one was spent dragging her to hospitals and specialists, including invasive procedures like painful muscle biopsies before she was actually diagnosed. A glimmer of light was shone on the whole affair eventually after I was referred by a family member to a very knowledgeable naturopath who not only had heard of the disorder (as many other medical practitioners surprisingly had not), but had also treated another young patient with dermatomyositis back to health through a combination of natural herbal remedies and a diet consisting of organic, good, fresh food – nothing processed and no refined sugar. This naturopath told me that all diseases begin in the gut, and even though we didn’t know what had caused the disease, it was the gut that needed special attention in order for the healing process to begin.

The feeling of relief, firstly that someone out there finally had answers to a cure as well as an understanding of the process of recovery for this disorder was indescribable at the time after having almost nothing else to go by till then. The elimination process of non-helpful (processed and glutenous/sugary) and insertion of fresh, healthy variety foods began, and we watched as she eventually recovered while being weened off the drugs till non-existent and her good health finally returned. I witnessed first-hand how a truly good, sensible diet can eliminate disease and have a positive impact on health all around.

Where does Paleo come into this? Well, approximately one year ago it was I who became unwell. After a particularly gruelling few weeks of work/sleep deprivation at the Tamworth Country Music Festival the end result was sheer exhaustion and absolute depletion of energy to the point of almost being incapable of anything other than being immobile lounge lizard all day. On top of this there was digestion issues and headaches and I thought something more serious than exhaustion must be going on. A visit to the doctor and a few tests revealed nothing other than that. Just plain old exhaustion, the remedy being to keep lying on the lounge and to do absolutely nothing for a week.

At this point is where the decision was made to really scrutinise what I was eating and to see if I would feel any better by adopting a sensible diet to aid in the recovery process as I had been through with my daughter. I didn’t take herbal remedies except drank green tea and knocked the coffee on the head too. All grains were eliminated, mainly pasta and bread and consumed nothing that came in packaging of any kind (I believe any food presented in a packet has at some point been processed in some way). Then went the dairy – no milk or cheese, the cheese being difficult not to have as I love it so much. Instead, it was vegetables, vegetables and more vegetables – salads, steamed or raw vegetable concoctions and lots of boiled eggs dusted with turmeric. If an attack of the hungrys occurred, I’d have a few raw almonds, walnuts and cherry tomatoes – was purchasing those by the palette load. Yes it was a hard-core approach to begin with.

I included a reasonable amount of fish, and never having been a huge red meat-eater anyhow, kept this to consumption maybe once every two to three weeks. And this would be served in the form of a top shelf grass-fed eye fillet, served pretty much rare. No processed meats of any kind, and everything was cooked in coconut oil or good quality extra virgin olive oil – the good fats.

Basically, before putting anything in my mouth I was utilising common sense assessing the nutritional value while not being overly obsessive about it, and making sure everything was as fresh and as healthy as possible based on the principle of trying to digest only good food in order to feel better. It was a simple way of eating and I never consulted any diet site or scientific studies in regards to food, just got back to the basics. And, there was no surprises as it was only a matter of weeks when my energy started returning and the health problems departed. 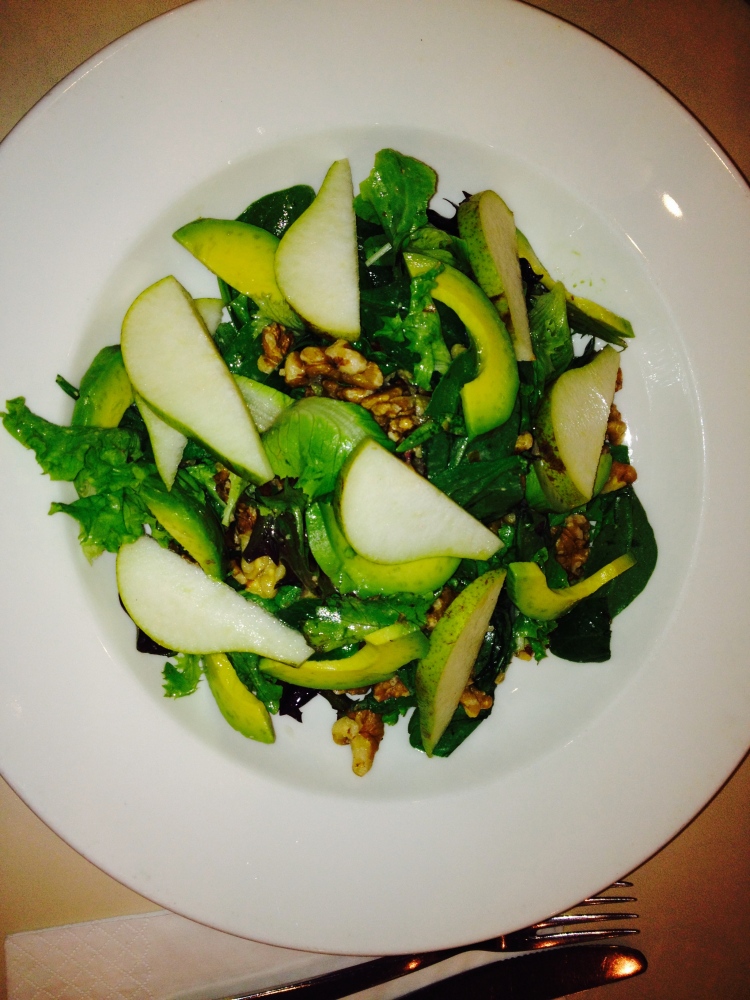 As a pleasant and unexpected side effect, there was also weight loss. It was interesting that this had occurred, when it had not been my intention and had not being following a specific ‘diet’ of any kind. Following an eating regime consisting mainly (not always as mentioned above) of vegetables at main meals, it’s a challenge to keep coming up with new and interesting ways to serve them, without the assistance of flavour enhancers. Again, there is a minefield of recipe sites devoted to this but investigation can be mind-boggling and confusing. Till the day when was given a few lovely plump pumpkins from my mother’s thoughtful vegetable garden in the Hunter Valley when I decided pumpkin soup was best way to utilise this produce and I stumbled across a fabulous recipe of Spicy Coconut Pumpkin Soup on a website dedicated to all things Paleo.

Not only was this recipe a complete winner, it was also of Paleo nature which was a bit of an enigma to me at first. I’d heard of it but like many others immediately associated it with visions of dinosaurs and cavemen, so decided to research it more as the soup was so incredibly tasty. During investigation of Paleo principles I discovered that this was actually the way I had been eating and the path I was on. Further discovery revealed that this way of eating and lifestyle can be adopted as a way of life to prevent a multitude of diseases besides just inducing weight loss. It was quite a revelation to discover that what I had been doing via common sense and because of previous health issues suffered by my daughter, actually had a name and was a so-called ‘diet’.

A year has passed and I still continue to follow the Paleo principles of eating, and probably will for the duration of my life. I have discovered that Zucchini is far more versatile vegetable than ever imagined and many other ways with vegetables to make you wonder how you ever needed pasta or bread in the first place. However do nowadays allow myself the odd ‘non-paleo’ treat occasionally as also firmly believe in the old saying ‘everything in moderation’. I just make sure the non-paleo treats are of extremely good quality, like a spectacular piece of creamy Dauphinoise cheese, spread over a french baguette freshly baked and still warm, with a nice glass of red. I mean, who can resist this? One of my most favourite things.  Just as long as you don’t do it every day because you will appreciate it more when it is only very occasionally. And this includes chocolate too, go top-shelf for these rare occasions.

It’s all about how good you feel when you make wise and sensible food choices,  that’s my take on Paleo in a chestnut shell.

*Here is the recipe for the pumpkin soup from this fantastic website Eat Drink Paleo plus plenty of other great food ideas.

4 thoughts on “Everything in Moderation and the Paleo Effect”